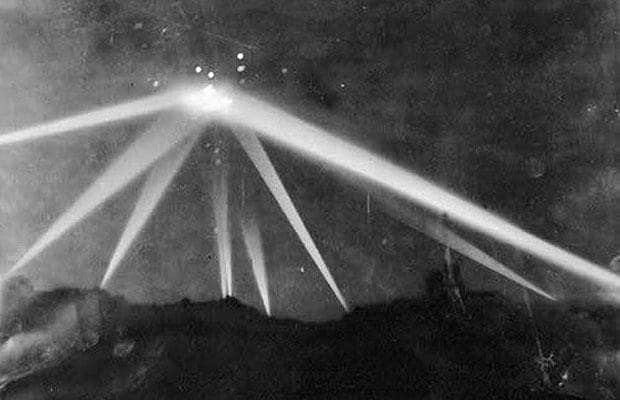 Unexplained aerial observations are reported throughout history. Some were definitely astronomical in nature: comets, glowing meteors, at least one of the five planets which could be viewed with the naked eye, planetary conjunctions, or atmospheric optical phenomena like parhelia and lenticular clouds. A good illustration is Halley’s Comet, which has been listed first by Chinese astronomers in 240 BC and perhaps as early as 467 BC. Such sightings throughout history often were treated as supernatural portents, angels, or other spiritual omens. Some current-day UFO scientists have discovered similarities between some religious symbols in ancient paintings and UFO reports although the canonical and emblematic character of these pictures is recorded by art historians putting more conventional spiritual interpretations on these pictures.

• On April 14, 1561, residents of Nuremberg clarified the look of a large black triangular thing. According to witnesses, there were also countless figurines, figurines and other odd-shaped items which moved erratically overhead.

• On January 25, 1878, the Denison Daily News published an article where John Martin, a local farmer, had reported seeing a large, dark, circular thing resembling a balloon flying “at fantastic speed.” Martin, according to the newspaper accounts, said it seemed to be on the size of a saucer, the earliest known usage of the term “saucer” in affiliation with a UFO.

• In April 1897, tens of thousands of individuals reported seeing “airships” in a variety of areas of the USA. Lots of signed affidavits. Scores of individuals even reported speaking to the pilots. Thomas Edison was asked his view, and stated, “You could take it from me that it’s a pure imitation.”

• On February 28, 1904, there was a reported sighting by three members of the USS Supply 300 plus miles (483 kilometers) West of San Francisco, California as reported by Lieutenant Frank Schofield, who went on to become to become Commander-in-Chief of the Pacific Battle Fleet. Schofield spoke of three lights glowing like egg-shaped objects that were red in color and curved flying into echelon formation which approached under the cloud layer above them, then changed course and literally “jumped” over the cloud cover, leaving directly away from the ground after two to three minutes of time had passed. The biggest was about the size of six Suns, ” he explained after the incident happened.

• The three oldest known pilot UFO sightings, of 1,305 comparable sightings catalogued by NARCAP, happened in 1916 and 1926. On January 31, 1916, a UK pilot near Rochford reported that a row of lights, including lighted windows onto a railroad track, which rose and vanished. Back in January 1926 a pilot reported six “flying manhole covers” involving Wichita, Kansas, and Colorado Springs, Colorado. In late September 1926 that an airmail pilot over Nevada stated he was forced to land with an enormous, wingless, cylindrical object. 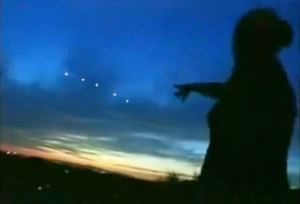 • On August 5, 1926, while traveling at the Humboldt Mountains of Tibet’s Kokonor region, Russian explorer Nicholas Roerich reported, members of the expedition watched “something large and shiny reflecting sunlight, such as a massive oval moving at good speed. Crossing our camp that the item changed in its direction from south to southwest. And we noticed how it disappeared in the intense blue skies. We even had the time to take our field glasses and saw quite clearly an oval type with glistening surface, 1 side of that was brilliant out of sunlight. “Another explanation by Roerich was of a “glistening body flying from north to south. Field glasses are available. It’s a massive body. 1 side glows in sunlight. It’s oval in form. Then it somehow turns in a different way and disappears in the southwest.”

• From the Pacific and European theaters during World War II, “foo fighters” (metallic spheres, balls of light and other contours which followed aircraft) were reported and sometimes photographed by Allied and Axis pilots. Some suggested Allied explanations in the time comprised St. Elmo’s fire, the planet Venus, hallucinations from oxygen deprivation, or German secret weapons.

• Back in 1946, over 2,000 reports were gathered, primarily from the Swedish army, of unmanned aerial objects across the Nordic countries, combined with reports that are isolated from France, Portugal, Italy and Greece. The items were known as “Russian infantry” and later as “ghost rockets” since it had been believed that the mysterious objects were possibly Russian evaluations of captured German V1 or V2 rockets. Though most were regarded as such organic phenomena as meteors, over 200 were monitored on radar from the British army and regarded as “real physical things.” At a 1948 top secret record, Swedish government advised that the USAF Europe that a number of their investigators thought that these craft to be extraterrestrial in origin.